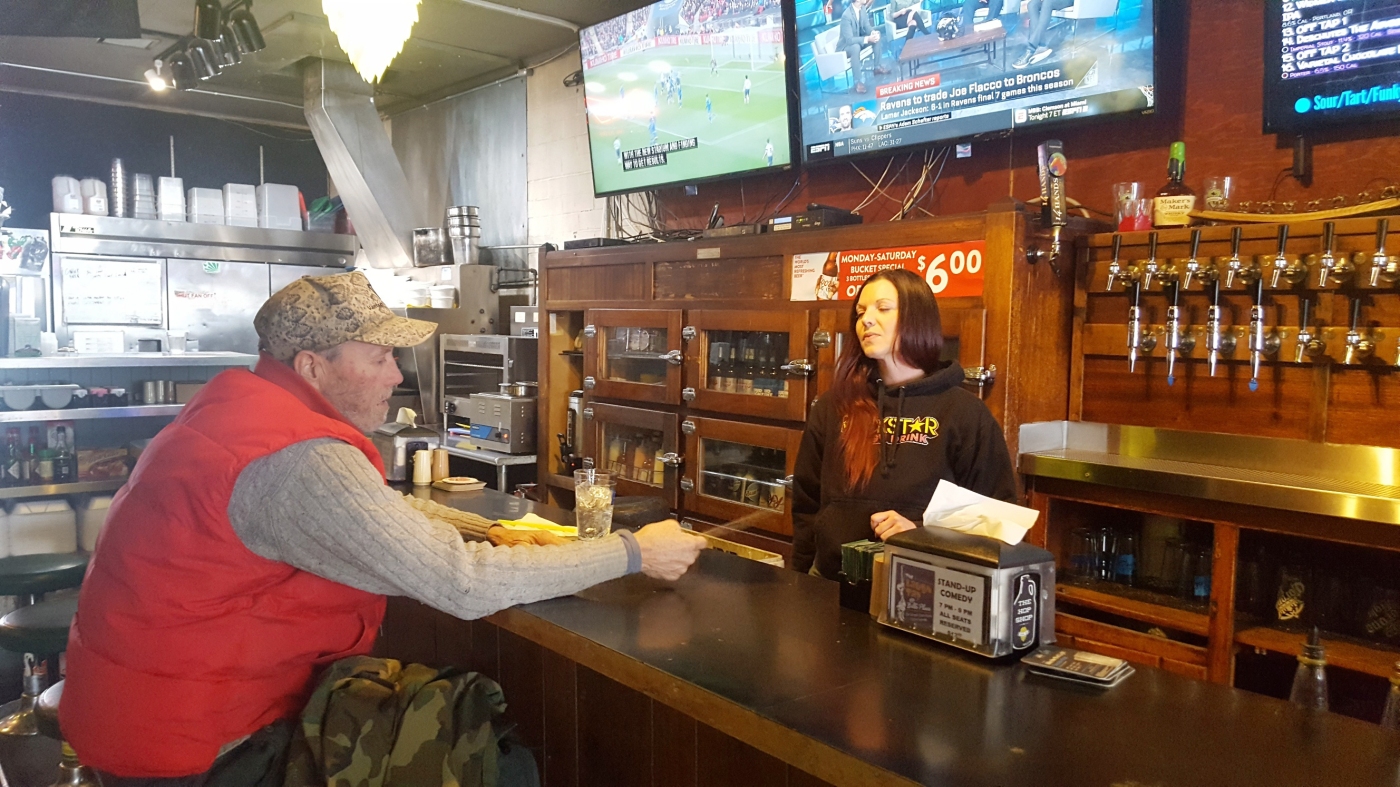 When Doug Granstrand bought Bill’s Place in 2010, the iconic Yakima bar looked nothing like it does today.

The popular food-and-drink establishment on South Third Avenue — one of the longest-running bars in Yakima — needed more than a little TLC; it needed a complete overhaul.

The current building at 206 S. Third St. opened in 1947 and previously shared the space with a hair salon and a studio apartment, Granstrand said. (The original Bill’s Place opened in 1933 on the corner of South Third and Walnut before it was destroyed by fire in 1946.)

Granstrand said he dumped “at least” half of his savings into remodeling the bar, gutting the bathrooms, upgrading the kitchen equipment and installing a walk-in refrigerator.

He has continued to make subtle improvements since taking over, adding a new lighted marquee and expanding the outdoor seating area about five years ago.

In November 2017, he installed a 32-tap beer distribution system that features 25 percent nitrogen for freshness. Now, Granstrand is trying to add to his live entertainment offerings like stand-up comedy and karaoke nights.

It’s hard to argue that Bill’s is back.

“We’ve really turned it around,” said Granstrand, who worked for Shields Bag & Printing for 34 years prior to buying the bar. “Over the past year, we’ve started to meet the goals we set for ourselves back when we started. We’re turning a profit now, and one of the biggest reasons for that is we have a great staff that has stuck around.”

Daytime bartender Ginger Newkirk has been working alongside Granstrand for most of that time, while his son, Steven, has also been there “off and on” since the beginning.

“He’s the best bartender in Yakima, if you ask me,” Granstrand said. “He’s really good at it, but he also loves it. People in Yakima who want a great drink come here to see Mike.”

Granstrand explained that if a bartender can make a good Old Fashioned (whiskey, bitters, simple syrup, citrus rind), he or she can “do it all.”

The only problem is, a lot of bartenders don’t know how to make an Old Fashioned. Henn and the rest of the team behind the bar at Bill’s have got you covered.

“If you understand cocktails, you know that what we’re doing here is better,” Granstrand said. “Go anywhere else in Yakima and you probably won’t find a better Old Fashioned.”

There’s no shortage of beer, wine or cider choices, either. Bill’s offers a wide variety of Northwest beers, but you won’t necessarily find all of the latest selections from local breweries like Wandering Hop or Single Hill.

Some tap handles will probably never change — such as Pabst Blue Ribbon, Bud Light and Bale Breaker’s Topcutter — but the rest of them vary from month to month. A number of Seattle-area breweries like Georgetown and Fremont are typically on tap, along with regular appearances from breweries in Oregon, Idaho and California.

Bill’s also likes to bring in popular imports like Warsteiner, a German pilsner that sells very well, according to Granstrand.

“We have three different crowds that come in here,” he said. “We’ve got the PBR crowd who orders the same thing every time. Then we have the people who will try anything. They like to sample a variety of different beers. And then we have the crowd that is intimidated by the huge selection. They are afraid to take a chance, so we try to work with them a bit.”

Bill’s offers 4-ounce “flights” so customers can sample a few different styles before investing in a full pint. They also have at least one cider tap handle, as well as three different wine taps.

“We also have the nicest bourbon selection around,” Granstrand said. “We don’t have every kind, but we have all of the best ones.”

Just as important as the beverage selection is Bill’s gourmet bar menu. Sure, you can get the standard fare — burgers, sandwiches, nachos, wings, etc. — but you might be surprised by the quality.

“Our food has become a point of pride for us,” Granstrand said. “We make a lot of stuff from scratch, and we don’t just offer the typical menu items. We try to be a step above typical bar food.”

Nine years into his second career, Granstrand said he couldn’t be more pleased with how Bill’s Place has rebounded. Business has been so good lately that he’s thinking about additional improvements, such as expanding the parking lot. He believes there is still an untapped market in Yakima for what he has to offer.

“The past year has really given me a good idea of what we can do with this place,” he said. “We want to offer something for everyone, not just our core customers. It will take time, but I think we’ll get there.”