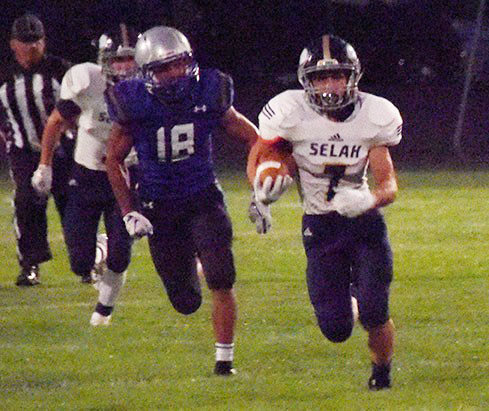 Stop me if you’ve heard this one before: Sports fans are going to have a lot of free time on our hands this fall.

Some readers are probably getting tired of my doom-and-gloom predictions for the fall season. If you’re an optimist, I can’t say I blame you. But optimism requires a reality check once in a while. And the way things have gone over the past month, it looks like my hunch was correct when I mused about the possibility of no football for a year.

For what it’s worth, I didn’t want to be right. I love sports of all kinds, and I’m grieving along with the rest of you. But as the coronavirus pandemic has continued to worsen in Central Washington and across the country, more people are coming to terms with the fact that we may have to wait a year to watch the Huskies, Cougars and Seahawks again.

As of mid-July, UW’s season opener against Michigan has been scrapped, the Ivy League has suspended all fall athletic competitions, and the Pac-12 and Big Ten have moved to conference-only schedules. Yakima Valley College has canceled its women’s soccer and volleyball seasons, while the Northwest Athletic Conference announced that it would be moving fall sports competitions until winter or spring (if they are lucky).

On July 17, the Great Northwest Athletic Conference — home to the Central Washington University athletic programs — suspended all intercollegiate competition until at least Nov. 30, leaving the door open for a possible spring season for football, volleyball, soccer and cross country.

The state’s other Division I and II college football programs have yet to make any major scheduling announcements. But given the recent virus surge on the UW campus (nearly 200 infections reported) and outbreaks at other high-profile institutions (Clemson, LSU, Alabama), a mid-September start date — even in empty stadiums — is beginning to feel like a long shot.

The NFL is facing the same unsavory scenario as the NCAA. Training camps are scheduled to open this month, although I don’t see how that will be possible when 36 states have seen their average coronavirus case numbers spike at alarming rates since mid-June. Things have gotten worse, not better. And that tells me we might be just getting started with this life-altering crisis.

Which brings me to our local high school sports scene. I know no one wants to hear it, but if the NFL and college football campaigns are in serious doubt, so are the local football, volleyball, girls soccer and cross country seasons. With only a month before practices are slated to begin, Yakima County is still mired in phase one (sorry, phase 1.5) of Washington state’s Safe Start plan. If we continue to see triple-digit case counts every day, it looks like we may be staying there for at least another month.

Even if we reach phase two next month, that won’t be enough for any of our teams to resume play. Phase three, allowing gatherings of up to 50 people, would permit volleyball, soccer and cross country teams to return to limited action, most likely without fans. Football, however, would require phase-four status just to take the field — and you’ll forgive me if I can’t see that happening. Not only here, but across the state.

The WIAA decided earlier this month to move the start date for interscholastic competitions back two weeks to Sept. 18, but does anyone honestly believe any of our local schools will be in phase four by then? Unfortunately, Washington high school sports, at least in most Central Washington districts, may be on hold until 2021 — or, God forbid, 2022.

Now that we’re neck-deep in the worst public health crisis in 100 years, with no end in sight, we’re all going to have to get used to the idea of being without our favorite pastimes for an extended period of time. I’m not sure how long that will be, but I can say with certainty that the pandemic won’t be over in a few months, much less a few weeks.

This will be an especially tough pill for gridiron fans to swallow. Football is engrained in American culture like bacon double cheeseburgers and overpriced coffee drinks, so it’s not like we can just go “find something else to do.” There’s only so much yard work and honey-do projects to keep us guys busy. We can only play so much “Madden” before we need to watch the real thing.

The thought of living without football — plus the fantasy leagues, social gatherings, talk shows and betting that go along with it — is simply unacceptable. Yet that appears to be where we are headed.

It sucks. Big time. But if we ignore the possibility of a lost season, that will only add to our collective disappointment when the hammer eventually falls.