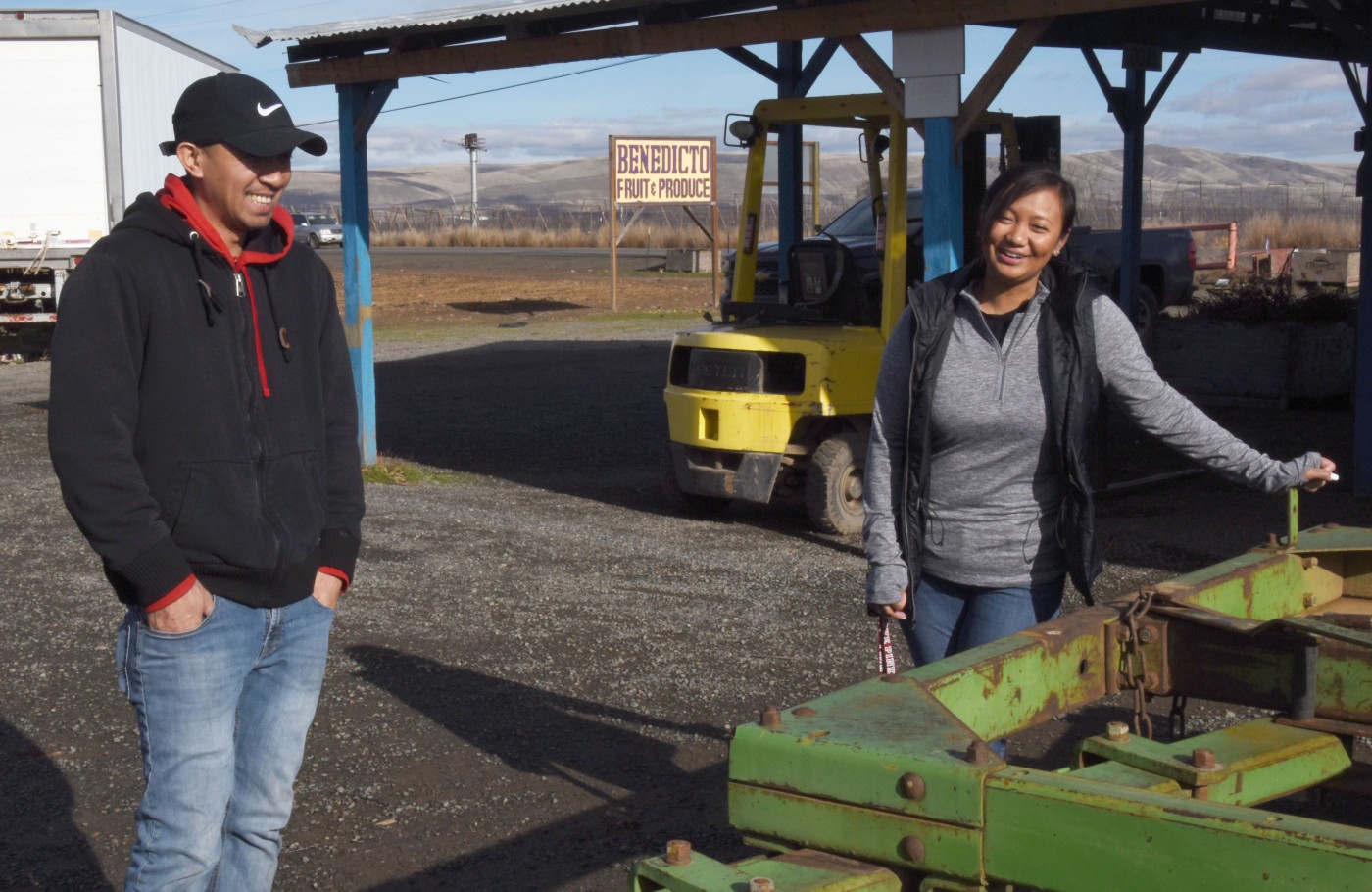 With so many fruit and vegetable farms in Central Washington, it might seem difficult for any one business to stand out.

But when you consider that the Yakima Valley is “feeding the world” — as many local farmers proudly declare — there is ample opportunity for farms of all sizes to establish a foothold.

Benedicto Fruit & Produce in Wapato fits somewhere in the middle. The family-owned row-crop grower is large enough that it can supply fresh produce to grocery stores and markets around the Northwest and the Yakima Valley. At the same time, the business is too small to keep up with the demands of the large chain stores.

“We mostly work with small businesses, and a lot of them come to us to pick up their orders,” said Magieline Benedicto, whose parents, Max and Vangie Benedicto, started the business in 1985 and still own it today. “We have built a reputation for freshness, and we always sell whatever we grow.”

The Benedictos grow tomatoes, peppers, cucumbers, squash, melons and sweet corn on a combined 40 acres in Wapato. They also maintain about 80 acres of juice grape vineyards — their highest-grossing crop — plus some small pear and apple orchards.

Many of the family’s most loyal customers come from as far away as Montana, Oregon and the Puget Sound area to stock up on produce. The owner of Glacier Produce in Columbia Falls, Mont., road trips to Wapato at least once a week, while the owner of Marvel Food & Deli in Auburn, Wash., averages two visits a week during the growing season.

“The reason our customers like us is that we pick our produce and sell it the same day,” said Max Benedicto Jr., who serves as general manager for the business. “We don’t have to store anything in a warehouse because we usually sell all of it right away.”

“We like being a small business because we can sell our produce fresh every day,” Magieline Benedicto added. “And if we run out of something, we just send people down the road.”

Benedicto Fruit & Produce is one of nearly a dozen Filipino family farms on Lateral A Road — located about 10 miles south of Yakima — that operate seasonal stands and sell produce to wholesale buyers. All of the families know one another and any competition is considered friendly.

“It doesn’t feel like competition because we are all friends,” said Magieline, whose sisters, Michelle Salinas and Melissa Orozco, also work in the fields and at the fruit stand. “They send people to us and we send people to them. We’re all here for the same reason: to promote the world’s best produce grown right here in the Yakima Valley.”

Aside from Max and Vangie Benedicto, Max Jr. is the only family member who works full-time at Benedicto Fruit & Produce. He often works 15-hour days in the summer and through harvest season, but he’s not complaining. He and his sisters have worked on the farm their entire lives.

“Our parents taught us when we were young that you always have to work hard or you won’t get anywhere in life,” said Max Jr., a father of three with a baby on the way. “We put in a lot of long hours, but it’s worth it.”

In fact, the main reason Max Jr., Magieline and their sisters love what they do is because farming is all they’ve ever known. Now, they are imparting that same sense of appreciation to their children.

“All I remember when I was young was being out in the fields,” said Magieline, who has a 4-year-old son. “My son is growing up doing all of the same things we did, and he loves it.”

• This article appeared in the Capital Press in March 2020.