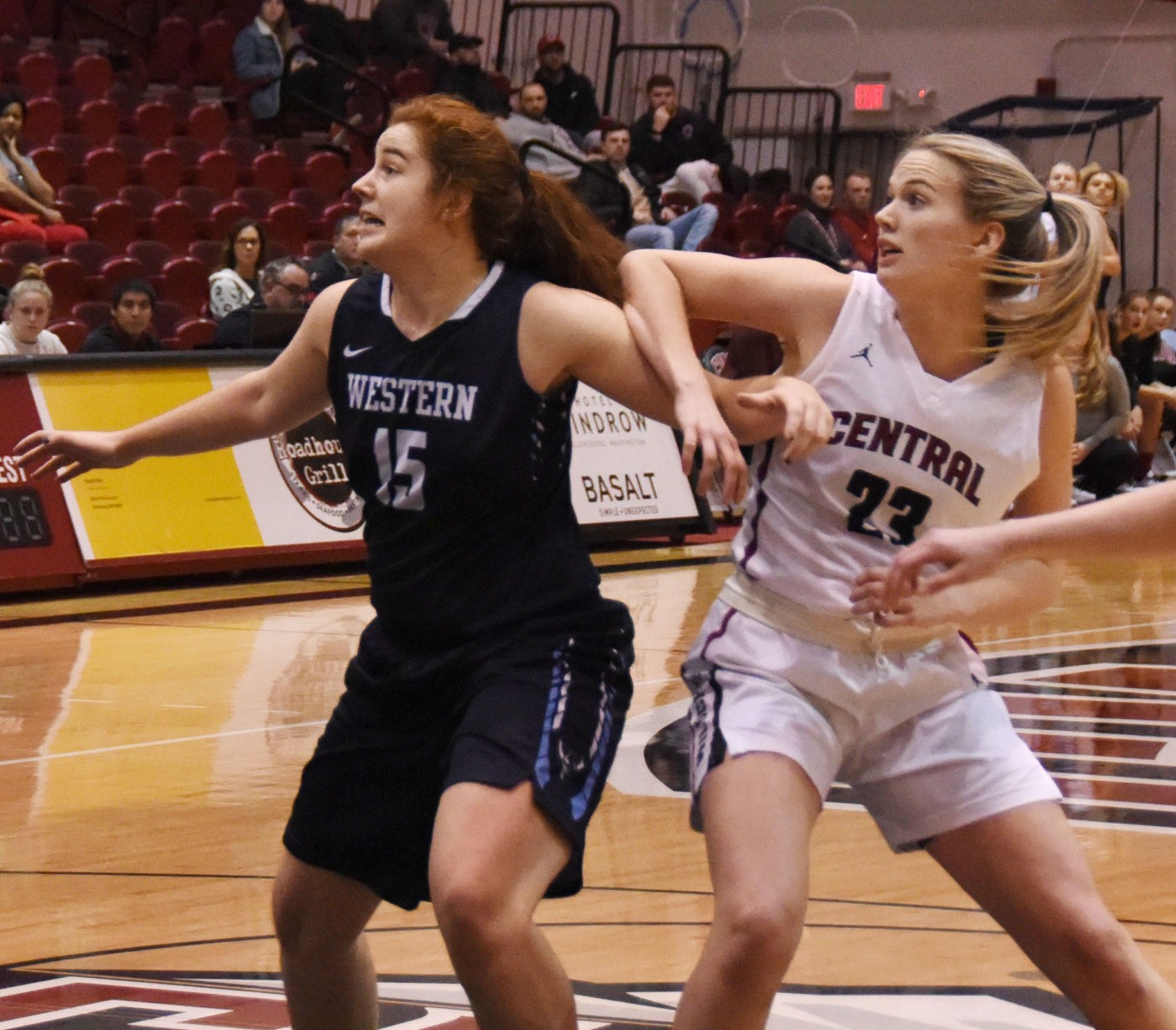 Samantha Bowman has come so far over the past 16 months that casual fans of the Central Washington University women’s basketball team may not remember her from last season.

The Wildcats’ sophomore center played in nearly every game as a freshman, but she hadn’t yet figured out how to assert herself on the court as she did at Zillah High School.

Bowman admits she wasn’t 100 percent confident she would be able to overcome those growing pains and become a force at the NCAA Division II level. That all changed last summer when she spent most of her free time working on her post moves and bulking up in the weight room.

This season, she has developed into one of the Wildcats’ go-to players in the paint, averaging 11.7 points, 6.6 rebounds and 1.3 blocks per game while logging nearly 23 minutes per game. With Bowman’s help, CWU is 16-10 overall (11-7 league) and preparing a playoff run.

“I got a lot stronger after spending all summer in the weight room,” said Bowman, who has nearly doubled her minutes from last season, when she averaged 4.4 points and 3.2 boards per game. “I’ve also learned how to use my body more in the post, and that has given me more confidence. Now, instead of getting pushed around, I can push back.”

The 6-foot-2 Bowman, 19, was given a major early-season test when she was thrust into a starting role for the first 12 games while Kassidy Malcolm was recovering from injury.

Bowman responded by scoring in double figures in each of her first 11 games, including a 17-point, 17-rebound performance against Cal State Los Angeles on Dec. 14. A 20-point outburst in her next outing against Academy of Art propelled Bowman to her first GNAC Player of the Week honor.

Her point production peaked earlier this month when she put up a season-high 27 points in a league win over Simon Fraser. With two games remaining in the regular season, it’s safe to say Bowman has found her comfort zone at the college level.

“This year has been so much better for me, not just on the court but off of it,” she said. “Last year was really exhausting, and I wasn’t used to having no time for anything but basketball and school. But the coaches and the other girls on the team really made me feel like I belonged here and that kind of got me through the hard times.”

Bowman credited head coach Randi Richardson-Thornley and her assistants for believing in her and helping her find another gear on the basketball court. Teammates Alexis Pana and Malcolm have also been instrumental toward her success this season, serving as mentors on and off the court. Now, Bowman is imparting some of what she has learned to the younger players. All of those relationships have made Ellensburg feel like a second home to Bowman.

“I really missed my family last season and I got pretty homesick,” she said. “But the other girls on the team have become my second family, and those relationships make me excited about the future.”

While Bowman has adapted well to the college life, she still has a soft spot in her heart for Zillah. She spent a couple weeks with her family and friends in her hometown over the holiday break, and even got to work out with former head coach Brandie Valadez and her current crop of Leopards.

Bowman said Valadez and Richardson-Thornley are very much alike in terms of coaching style.

“Brandie is very competitive and very driven, and she knows how to push you, just like Randi does,” said Bowman, a 2018 Zillah graduate. “Sometimes you need your coach to yell at you, and I’m one of those players who likes that kind of motivation. I see it as a good thing, and I think having played for Brandie helped me transition to playing for Randi.”

Bowman said it means a lot when the folks back home tell her how proud they are of her success at the next level. Some of her former teammates, like Trista Takes Enemy, Abbie Myers and Callie Delp, have gone on to play in junior college, but as far as Bowman knows, she’s the first four-year college recruit from Zillah in a long time (2019 grad Antonio Salinas currently plays for the Western Oregon University men’s team).

“It means so much to know they’re still supporting me from far away,” she said. “They tell me, ‘keep representing Zillah,’ and that make me want to work even harder.”

Bowman also can’t say enough about the support of her parents, Robert and Mary. They attend all of her home games and regularly travel around the Northwest to watch her play.

Off the court, Bowman is a nutrition major and public health minor who has her sights set on becoming a nurse. She doesn’t know where her academic journey will lead, but in all likelihood, the next chapter won’t be very far away.

“I’m going to try to stay close to home — maybe Washington State,” she said. “But I’m still figuring everything out. For now, I’m just loving CWU.”