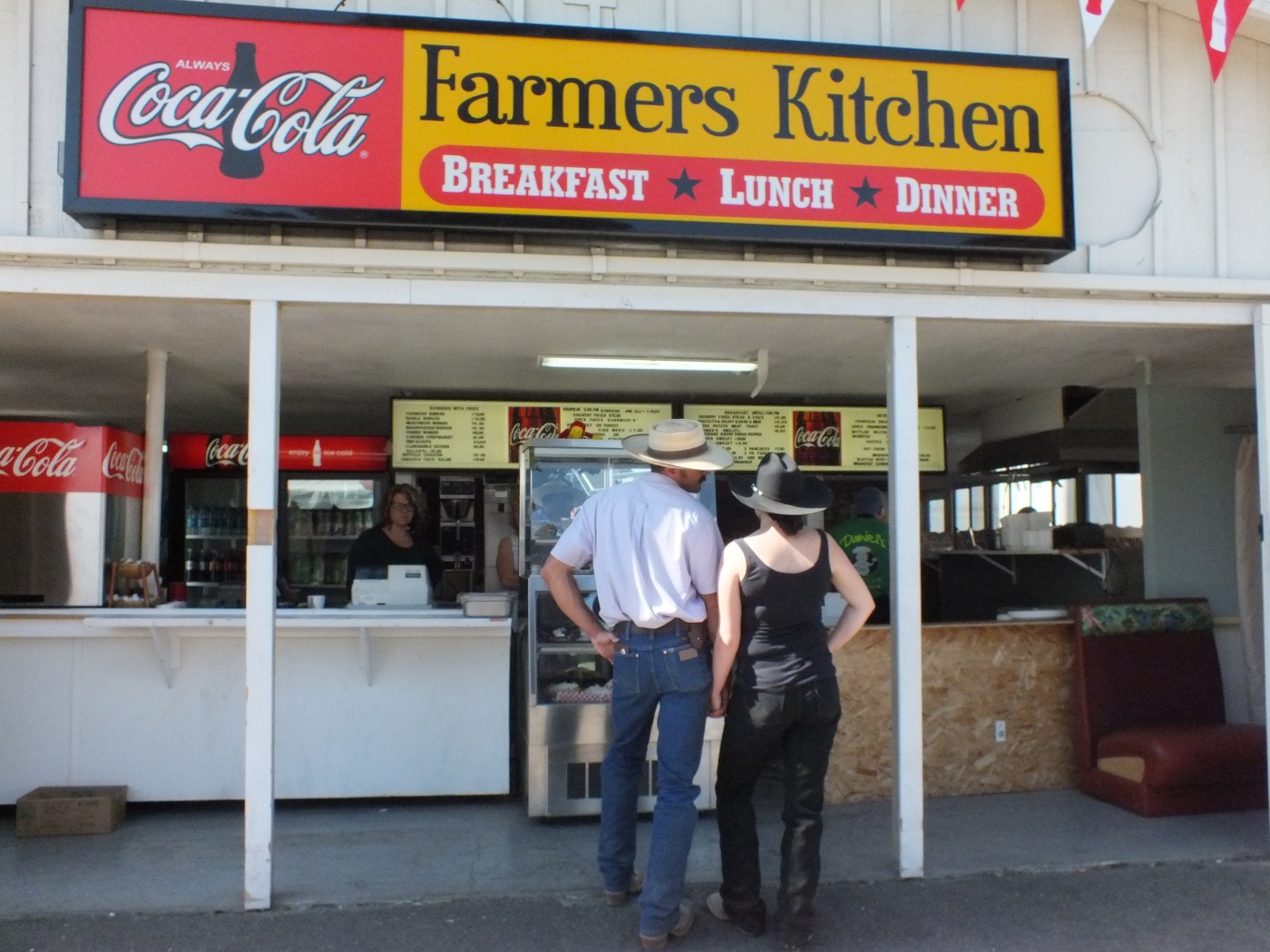 It has taken me about 16 years — my whole newspaper career — to accept this reality. But the longer I spend away from the big city, the less I want to return. Just give me an occasional weekend visit to Seattle or Portland and I’m good.

It wasn’t always this way, though. I was a city kid through and through, growing up near the University of Washington and spending five years in Seattle after college — long before it went all San Francisco on us. Seattle was my hometown and everything I wanted was right there. Or so I thought.

I got a taste of small-town life during my five years in Pullman, and spent several years in a couple small towns in Oregon. I liked it, but never gave any serious thought to goin’ country. Turns out my experience on the Palouse in the mid-1990s foreshadowed the lifestyle I would eventually pursue once the time came to settle down.

Fewer people, fewer cars, a slower pace. County fairs, minor league baseball, carwash fundraisers. A house I can afford. An eight-minute commute. Being home at 5:15 almost every night. A genuine sense of community pride — from Granger to Naches, Wapato to Cowiche and all points in between. More simplicity. Less bling.

All of the wonders of small-town life have given me and my family plenty of reasons to stay. When you disconnect from city life for long enough, you start to wonder, “what’s the big deal anyway?” Most of the things I thought would keep me in the city have become reasons never to return.

This month marks 10 years since we moved to the Yakima Valley. And while my wife and I aren’t convinced Yakima is our permanent home, we truly love the central location, the cost of living and the moderate pace.

Add to that the multitude of open spaces, a revitalized downtown, terrific educators, a vibrant sports and outdoors culture, and a growing number of retail options and our decision to stay has been made easier.

At nearly 100,000 residents, Yakima isn’t exactly a “small town” anymore. But compared to the metropolises to the west, it’s still pretty quaint. And for the purposes of this column, I’m talking about the whole Yakima Valley, not just Yakima proper.

Population-wise, the Yakima Valley is a mere speck relative to metro Seattle. Oddly, that fact used to bother me, as though Central Washington was less important because fewer people had discovered it. It depends on your perspective, but over these past 10 years, I’ve come to realize that home is where you make it. And no matter what those city types say, life here is just as good. In many ways, it’s better.

As recently as a few years ago, I was still checking out job postings along the I-5 corridor, ready to jump back into the metropolitan rat race that my friends insist they will never leave. There’s so much to do, so much to see, they say. Such amazing food and culture; so much good music and entertainment.

“Why would you ever want to live anywhere else?” they ask, rhetorically. The me of 20 years ago probably wondered the same thing. But you know what, guys? You can have it.

Take your hour-and-a-half commutes each way to work. Have fun with that $3,000-a-month mortgage. Enjoy your $2,000-a-month day care bill per child (if you are fortunate to have a family). And good luck finding a parking spot … anywhere!

If you can afford it and your family is happy, more power to ya’. But to a small-town boy like me, expending that amount of money and effort to attain a certain status just doesn’t compute.

That’s not to say Seattle isn’t a wonderful place. I can think of many reasons people would want to live there. But aside from enjoying the obvious amenities, the amount of grinding required just to say you live in Seattle doesn’t seem worth the hassle.

Not surprisingly, more and more west-siders are looking at places like the Yakima Valley as a way to make their money go farther. A two-bedroom fixer-upper in a less-desirable neighborhood for $700,000 or a five-bedroom palace with a huge yard and a view for less than that? Tough call.

The city dwellers I know would say, “it’s expensive and I’m never home, but at least I get to live here.” Some folks I know have the financial wherewithal to make sense of it all, and I applaud their continued good fortune. But I don’t envy it.

Success is relative, and making gobs of money doesn’t always mean you’re better off. There is a spiritual side to the equation that often gets lost on folks who work 80 hours a week and languish in traffic for 20 more. Sure, they’ve got lots of stuff, but are they truly happy?

Since leaving the city 16 years ago, I have discovered a sense of peace and happiness that I doubt I ever would have found had I stayed. Small-town life has a way of making you appreciate what you have. And what I have today makes me feel like my city friends are the ones missing out.